All of the video footage that I film during your wedding is recorded to an SD card or memory card. If I took the SD card out of my camera and said, “Here you go, here is all of the footage from your wedding that I filmed today.” That would be RAW footage.

RAW footage is simply everything that I film. It is unedited. It is not color corrected or color graded. It is not trimmed or re-arranged. There is no music added to the footage or sequence of shots. 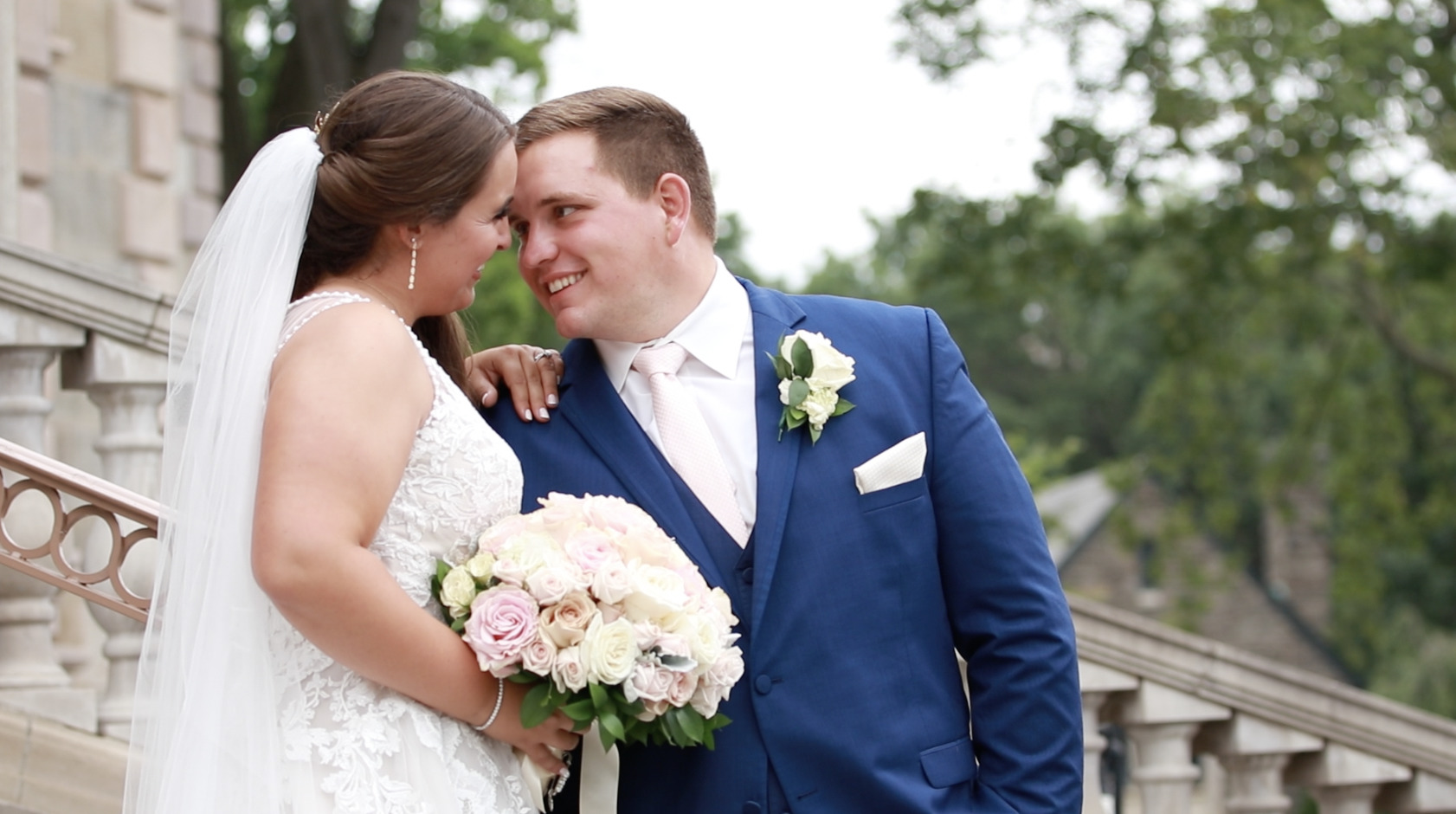 In fact, when I film weddings I use different picture profiles or settings in my camera which will give the footage a certain look. Most of the time I use a Neutral Picture Profile. This makes the image look more flat or gray. However, when I EDIT the footage, I have the ability to bring the colors, contrast, and saturation back into the footage and make the shot vibrant and stunning.

So what happens when you order RAW footage of your wedding day from me? Here is my process. I import all of the video footage from the SD card into my Video Editing Software Program. I currently use Final Cut Pro X and edit everything on my Macbook Pro.

The SD card may contain well over 100 individual shots from your wedding that have to be opened individually before being played. This can be a pain, and take forever to view all of the footage. However, once all of this footage is imported into Final Cut, I can put every single shot from the SD card onto one timeline. Think of it as 100 clips in a row now. I can now put all the video footage together in one place and then export as one movie file making it a much more enjoyable viewing experience.

The footage can still be considered RAW footage at this point, but I like to take things a few steps further and provide my couples with a “cleaned up” version of the RAW footage. So, before exporting the file I like to go through all of the footage. I will trim longer shots, delete trash or experimental shots, correct the exposure if needed, add saturation if needed, sharpen the image if needed, basically, go through the footage and make it look as nice as it can. 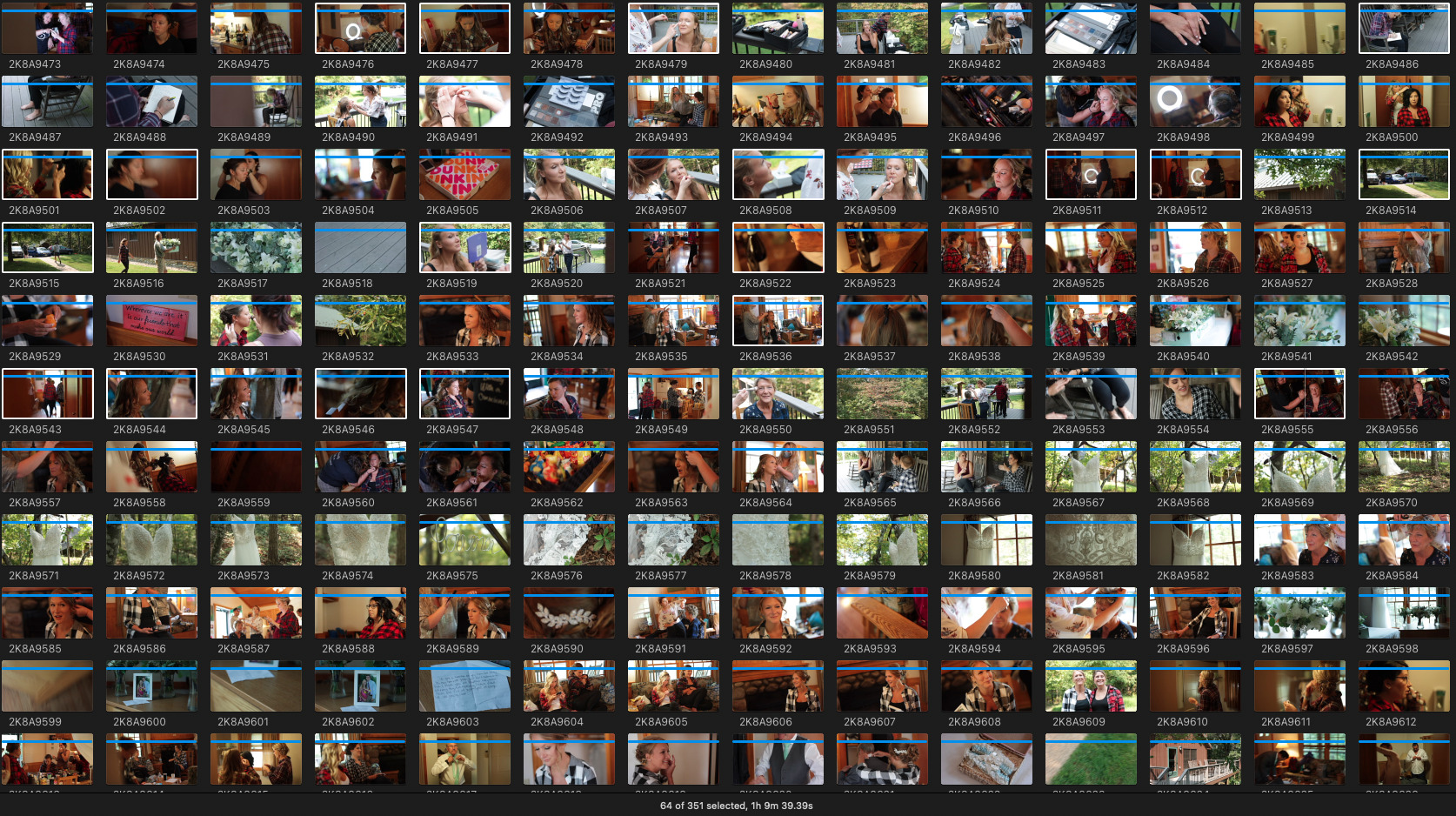 When complete, I will export the file into a format that my couples can open , view, and enjoy. I tell them the RAW footage is like a professional home movie. They are not going to get sea sick watching it. At the same time, the footage is not really EDITED in the sense that it has been rearranged to help tell a story. With RAW footage video, I do not add music or sound effects. I do not use transitions or special effects. It is simply a basic edit of everything that I filmed in the same exact order that it was filmed. It’s an easy way for clients to watch all the footage that was on the SD card. I just take a little bit of time to make it as nice as I can.

Now, if you truly just want the RAW footage without me touching or enhancing any of it, that can be arranged as well. You can arrange to purchase the original SD card, or I can dump all the footage onto the timeline and export as is without tweaking, adjusting, or deleting any footage.

When it comes to filming wedding ceremonies with multi cameras, there are two ways I can provide you with the RAW footage. One way is to export each individual camera as its own movie. So if I filmed your wedding with two cameras, you would get two video files to watch. You would be able to watch each camera from each angle that it was filmed. If I filmed your wedding with three cameras, you would get three video files and be able to watch everything from all three angles.

Now, because some cameras are stationary, and other cameras move around, most people don’t want to watch footage with someone moving a camera around. You could be seeing the sky or the ground moving around for 30 seconds before the camera was stable and focused once again.

As an alternative to sending you three separate files, I can perform a basic edit in which I stack all three camera angles onto the timeline and bounce back and forth between the best shots. It really is an EDIT at this point, but still RAW footage because we are not re-arranging shots, adding music, etc. It is RAW footage as it happened during your ceremony. I am just showing it to you without all the unusable footage which would make the viewing experience very challenging. This is why I sometimes refer to this as a “cleaned up version” of your RAW footage.

I am performing a basic edit, because I feel most people will appreciate the viewing experience more as opposed to RAW footage in its most RAW form.

A HIGHLIGHT film on the other hand is where I take the best shots from your RAW footage and turn them into a MASTERPIECE.

This is a widget ready area. Add some and they will appear here.